Thanks to our FANTASTIC advertisers! Please support ’em! 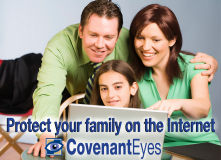 Just click on the images above to learn more about each great company.

In today’s culture of pluralism, it has become acceptable to give equal time to ideas and faiths and lifestyles that once would have NOT have been acceptable. I choose to not participate, and I’ll tell you why on this show. Great music, too! Jimmie Bratcher, Ginger Hohm (RevTim’s wife!), and some surprises.

Jimmie Bratcher’s very cool and bluesy-sounding (of course!) “Right Side Of The Tracks”, from his “Red” CD.

My good friend, RevTim’s, wife Ginger, has a GREAT new CD out, called “This Train”. Tim sent me this track after listening to show number 189. The title is “Let It Rain”. Here’s a link to the song in the iTunes store.

LINKS TO FRIENDS MENTIONED IN THE SHOW

Ed Roberts – New Media maven, and one of the nicest guys I know!

Wayne Henderson – Another voice over guy and podcaster who lives not far from me. A new friend whom I met a few months ago at a tweetup in San Bernardino. Great guy!

Davy’s new podcast, Late December. Davy’s been listening to the Lifespring! shows for a long time!

Bryan Duncan‘s website, which I am in the process of redoing, but as of this writing, the link will go to the old site. Please pray for Rich Davis, Bryan’s original webmaster and friend. He’s very ill.

Brian Noe will soon be sending me an audio file in which he admits that the Dodgers Rule! That is, as long as the Los Angeles Dodgers win the August series with the St. Louis Cardinals. Go Blue!

The Black Sheep. I ride with the Riverside chapter on occasion, and won this door prize a short time ago:

Robert J. Morgan, the author who’s books “Then Sings My Soul”, volumes one and two, are the basis for Lifespring! HymnStories, is celebrating over two million books in circulation with a 5% off sale at his website, here.

The Gathering, at Lamb’s Fellowship Amphitheater, Lake Elsinore on September 12, 2009. Bryan Duncan in concert, with Doug Smith and One Nation. Looks like they don’t yet have a website, but here’s the phone number to call for more info: 951-679-4667.

I’ll be posting video footage, soon, of a recent motorcycle trip I took.